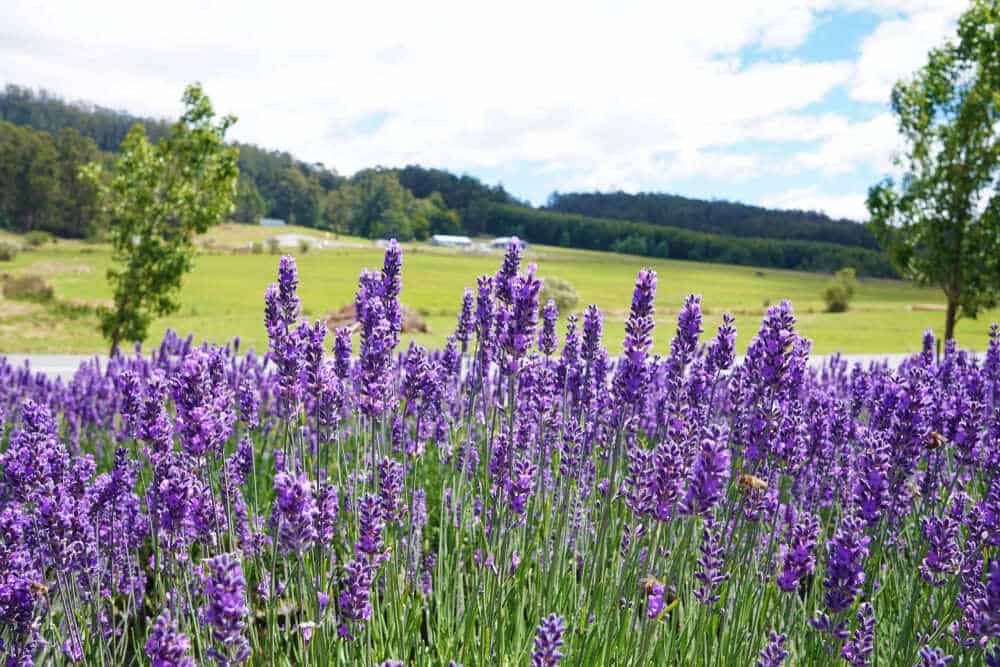 How amazing is it, growing lavender in your garden? The scent is intoxicating, the lilac flowers are breathtaking, and the lavender plant is incredibly useful. When you grow lavender, the scent will linger on your skin after you care for them — a wonderful, all natural perfume.

Lavender plants are suited for any garden, or even as potted plants! They’re very low maintenance, especially as established plants. If you’re looking for how to grow lavender in Australia, here’s a handy guide so you can have the best herbs in your garden.

About The Lavender Plant

Lavender plants are very hardy perennial semi-shrubs. They thrive in warm climates, since they are believed to originate from the Mediterranean and the Middle East. This flowering plant is part of the mint family, and is most known for its heavenly scent.

Lavender is characterised by its gray green foliage and lilac flower buds.

There are many reasons to plant lavender, such as for flower arrangements, companion plants, DIY oils and bath accessories, or even food (lavender butter!).

Lavender frequently blooms in early summer, although some varieties can flower in late spring or summer.

There are several varieties of lavender that you can plant, but some of the most common are:

Plant lavender somewhere with full sun — at least six hours a day. Anywhere that basks in the afternoon sunlight is perfect for your lavender plants. If you need them as groundcover or accent plants, though, they’ll also tolerate partial shade!

Another important note is to give your plants good air circulation, but keep them out of any strong winds.

Lavender, like many other flowering plants, needs well drained soil to thrive. Do not use clay soils, since these retain too much moisture and could cause your lavender to contract root rot. Try for soil that’s slightly alkaline — lavender doesn’t do well in ground that’s too acidic.

If you can’t accommodate well drained soil, consider a raised garden bed, or even potting lavender! Just make sure to choose a high quality potting mix and keep the plants in a sunny location. Make sure the pot has enough drainage holes so that the soil won’t get waterlogged — no one wants a drowned plant!

How To Plant Lavender In Australia

There are two ways to grow lavender at home — either from seed, or from a cutting. Both methods are very straightforward, so pick which works best for you and go grow!

Another way of growing lavender is by propagating it from a cutting. Pruning lavender is necessary for its health (see next section!), so there’s no harm in taking a stem or two and planting it for a whole new shrub. You can view our step by step guide to propagating lavender from cuttings to learn everything you need to know.

One other method to propagate lavender is by growing an established plant. In this case, dig a hole about twice as wide and just as deep as the root ball. Carefully transfer the lavender plant from its container and detangle any circled roots.

Backfill the hole and firm it down, forming a raised ring of soil around the plant. This will help direct moisture to where it’s needed. Water well while establishing to keep soil damp, and mulch away from the trunk. Then simply wait for your lavender plants to grow!

Lavender is extremely drought tolerant once mature, and can subsist on rain if grown outside. However, during hotter months, give it a good soak — but not too much, or you’ll get root rot!

It’s very important to prune lavender to maintain its health and appearance, and help it withstand the elements and external stressors. Pruning also encourages flowering and new growth, and prevents your plant from developing scraggly or woody growth.

It’s important not to over-prune either, though, so check this handy guide for pruning lavender so you can keep your plants in the best condition. The rule of thumb is to trim back the woody stems by one third their length after flowering. Clip faded blooms, too, (‘deadheading’) to help your lavender flower.

You can also put your lavender plants in the hands of professional gardeners — they can get the rest of your garden trimmed too!

You can mulch the soil around your lavender with organic matter to help retain moisture, which means less watering necessary. Meanwhile, lavender generally doesn’t need fertilising, but you can give it a boost with food for flowering plants during spring.